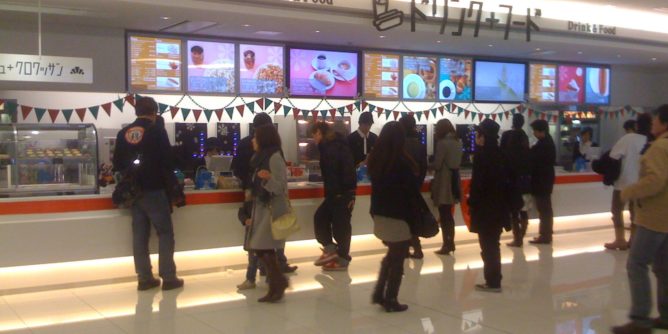 I have not read the Gantz manga, but I do know the anime and I didn’t like it at all. I watched the first part of the live-action version in April in Fukuoka and today I saw the second part. Both were shot together, so they tell a whole story. There is a conclusion at the end of the second movie that makes a third movie highly unlikely.

In the second movie, Gantz gives the characters a new non-alien target: the vampires which also appear in the manga. They are very interested to get into that special room of Gantz and stop the black sphere. Masaru Kato is revived, but has a doppelganger.

The manga introduced other Gackt teams and an alien invasion. In the live-action film, the vampires are the final enemies. The first part, which contained several different opponents had a bit more action, but I think part 2 was a good conclusion to Gantz. Special-effects were again very good. I have no idea what the English dub is like.