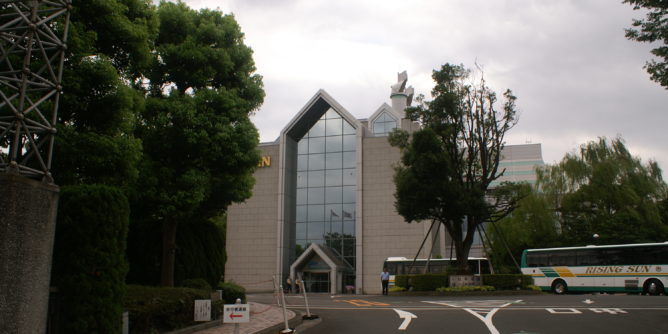 Time for another class trip, this time with the C11 and Suzuki-sensei. I was a bit confused when I arrived at the Kirin Beer Factory and only found the Korean girls from my former class (they are a class above me in school). Always nice to chat with them but where was my class?

Well, they came later but then we could finally go to the Kirin beer factory. Since Kirin is an old Japanese beer brewery, it is considered part of Japan’s history and culture so it’s ok. More recent culture such as Cosplay or maid cafes may not allowed by the school. Anyway, it was a guided tour where they did show how beer is being made. Through the windows we could look into the factory. The ticket also allows you to get two drinks or a snack. And they have a lot of merchandising material.

Unfortunately they had a strict no-photo rule during the tour. You can drink some Kirin after the tour. While it’s fun in a group, I wouldn’t put the Kirin tour on my solo travel list.

After the “official” part, we went to “Portofino” an Italian dessert and buffet place. They have an all-you-can-eat (tabehodai) on the menu. The buffet offers pizza, pasta and salad, so there a lot of choices for vegetarians. Desserts and drinks are also part of the tabehodai offer.

Last but not least of course: KARAOKE!