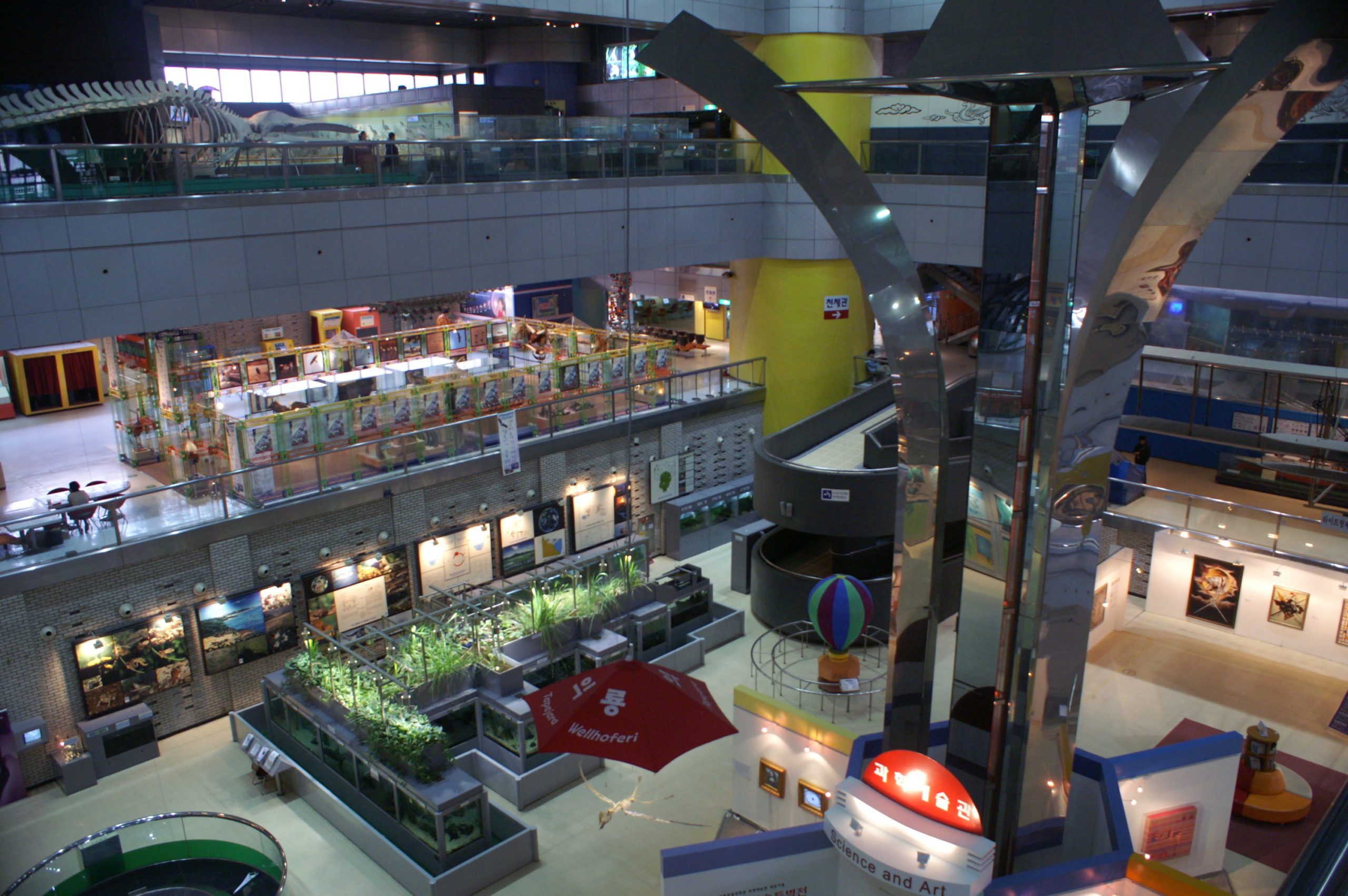 So the transportation system in Daejeon is a catastrophe. How was the museum? Actually, not bad. Big re-imaginations of the Chinese zodiac animals are placed in front of the museums. There are also some open-air exhibitions showcasing Korean innovations. Well, and a T-Rex. Because since Jurassic Park you just need a T-Rex in front of every science museum.

While there are some hands-on exhibits, the Science Museum is for the most part a classic museum. The exhibits go from the big-bang to the space shuttle, with extra emphasis to Korean history, of course. Not everything is translated into English however.

Two of the more exciting hands-on exhibits were a ball flyig in mid-air and an illusion room similar to the one I’ve seen in the Trick Art Museum in Hachioji.

The science museum is part of a big science cluster and there is the Expo park just on the other side of the street. So it’s even more surprising that they never seemed to care to built a good public transportation service. 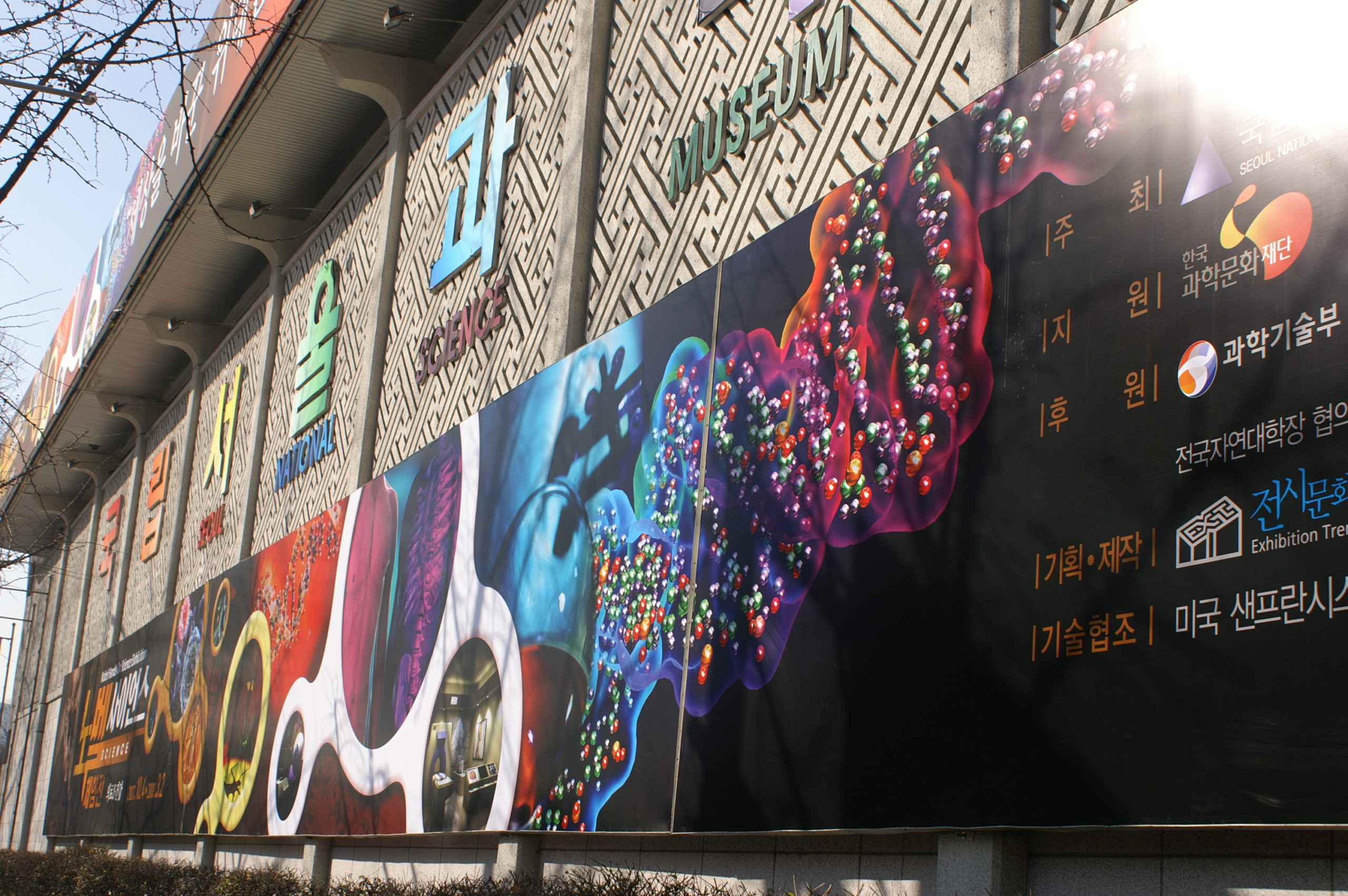