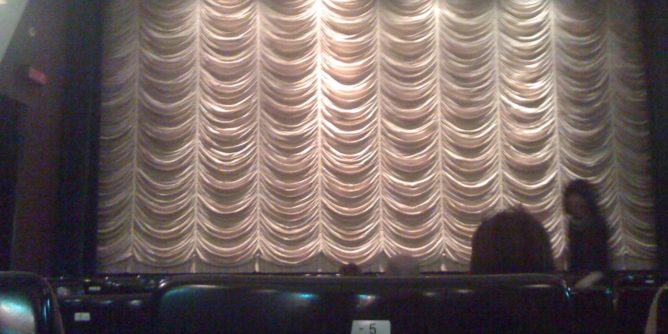 Time for something more artsy: A Korean movie with Japanese subtitles! I watched „Secret“, a thriller from 2009. There is currently a Korean film festival in Tokyo which I didn’t know about, probably because it lasts a whole month! They are not going to show 200 films, it’s just a small selection stretched over a long timeframe.

Cinema Square Tokyu is an art house cinema not far away from Koreatown and about two minutes from Seibu Shinjuku station. Ticket counter is outside at the first floor (ground floor), the cinema is on the third floor. They have very comfortable seats and an old-fashioned curtain.

Since my Korean is still quite basic, I couldn’t understand most of what they were saying. Fortunately there were Japanese subtitles. The movie is a crime thriller about a guilt-driven detective who tries to cover up his wife who has been to a crime scene, clues pointing that she has something to do with murder. The detective is played by Cha Seung Won an actor I know from the drama series „City Hall“. The film is ok but has few weaknesses such as the detective’s clumsy cover-up attempts which would more likely make him the prime suspect.