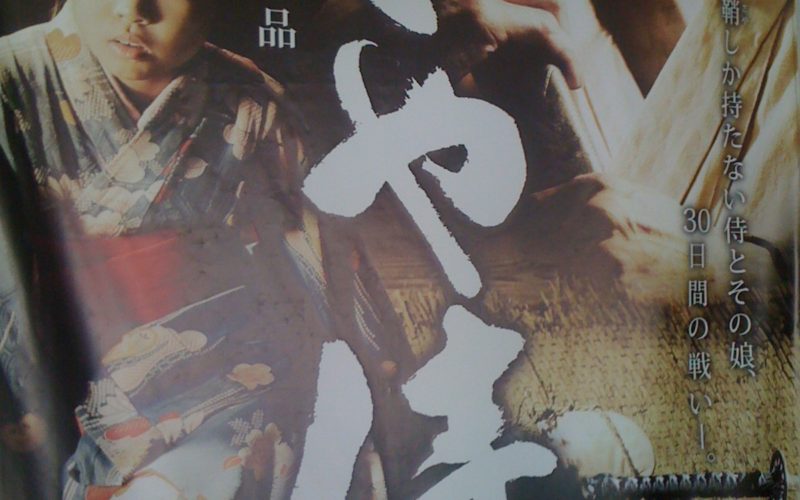 Today’s movie day for me started at 9.20am with a showing of Saya Samurai at the Shinjuku Piccadilly Cinema. That’s also where the movie meetups are usually held. Normally I would reserve tickets only via the cinema site which unlike in Korea is no problem at all, even with no local credit card. You need to be able to read Japanese however and need a telephone number. Both the reservation and telephone number are typed in at the ticket machines which then print the ticket

But I was looking to practice speaking, plus it can’t be bad to show Japanese that foreigners are able to speak their language. So the first movie of the day was Saya Samurai, a Samurai movie without any sword fights. The film tells the story of a Samurai and his daughter. The Samurai has 30 days to make the son of a local lord laugh. If he fails, he will have to commit ritual suicide.

What makes the movie even funnier, is the seriousness of the Samurai. His daughter is intimidating enough to even scare the guards. She is however disappointed in her father because he always runs away from his fights.

I liked the film and the ending. Without knowledge of the language, one can at least enjoy the Samurai’s attempt to make the kid laugh.