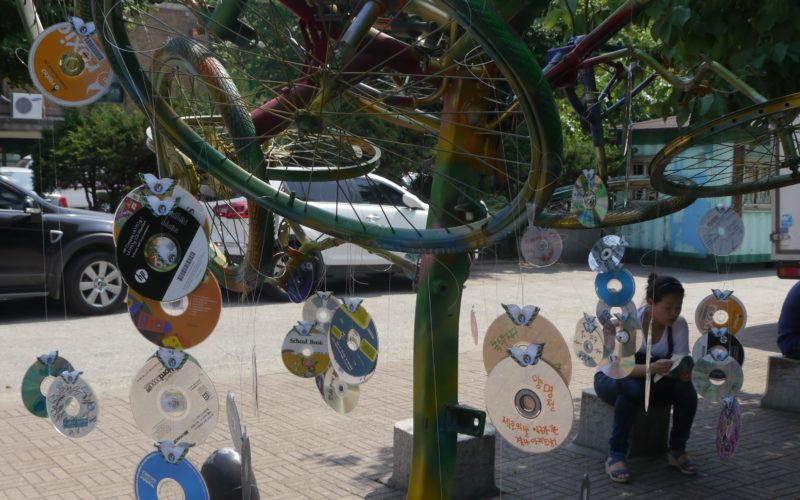 One Japanese group I really like is Mr.Children. Despite having an odd name, they make really good rock/pop music and the singer has an amazing voice. Their songs are also popular choices in karoke bars. The band is one of the most successful ones in Japan and they released a new album with all their B-sides. I listened to it beforehand in a record store and then bought it. This is my second CD I bought here and while my first one has more variety in the storylines, the Naganuma school cd has some deficiencies in the vocal part, hehe 😉
As expected, the cd is great. I don’t understand much of it yet though.