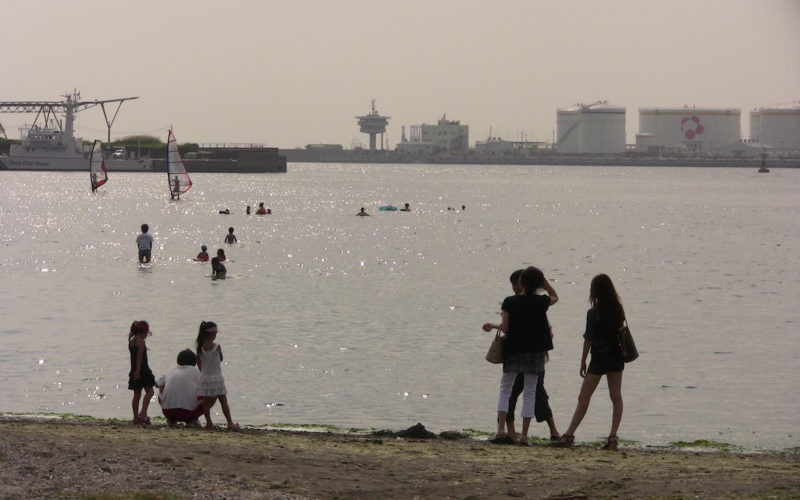 Chiba City is not a tourist destination. Despite being the home of about 960000 people, it’s not well known for its sights. Chiba also has very little to do with the Chiba described in William Gibson’s cyberpunk novel Neuromancer.

I had no fixed plan what to see in Chiba. I went to the Chiba Port Park around the Chiba Port Tower. It is a very interesting building, because it looks like 2D when photographed from the right angle. The tower has an observation deck and a coffee shop. I didn’t feel like watching Chiba from above, especially not at 3 in the afternoon.

Chiba is an industrial town.This was clearly visible from any point of the park. Surfers were still riding the waves – I hope they don’t swallow any of the water.

And then a ride with the Chiba Urban Monorail, the longest suspended monorail in the world. The trains are similar to the one in Wuppertal, but the view is less scenic.

I spend some more time in a park stretching along the monorail line, before heading back home.