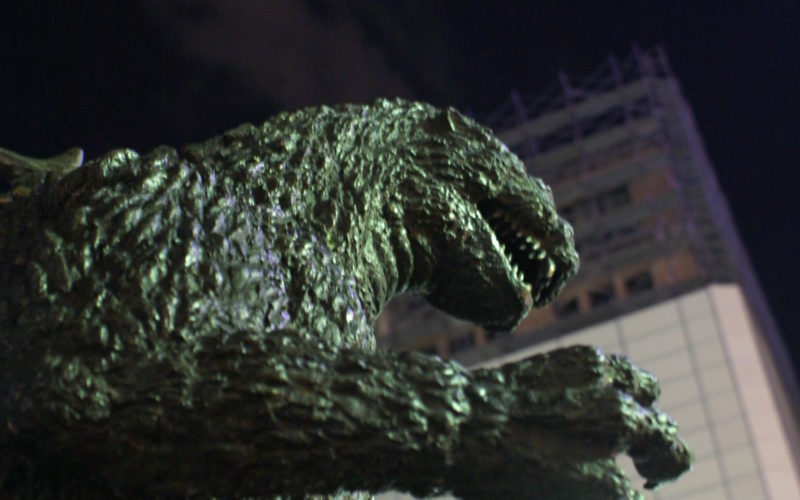 When the German Fest was officially over, they made it clear that the people should leave as soon as possible. The organizers tied up the tents, collected everything still on the table and closed the shops. So we left and Kelly suggested that we take a short walk to Godzilla, or, to be more precisely, a statue of Godzilla. After a while we found the statue and it was smaller than expected. We all tried our best to get the best angle for a scary shot. I guess we took more pictures there than at the beer fest but later I deleted most of them.

Ok, here is Godzilla. But where is Mothra?

Bow down, you little Japanese, in front of the King of Monsters, the mighty Godzilla!