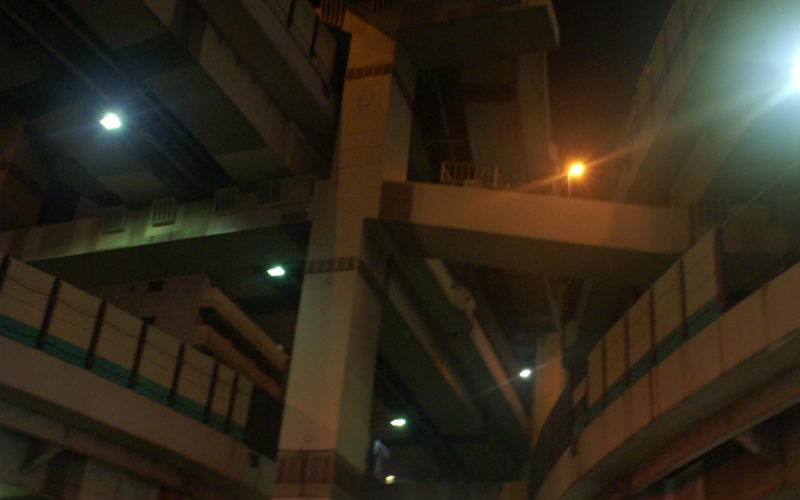 There are countless communities on the web and one intends to bring Germans and Japanese together: DoitsuNet. Today it was time for the traditional summer nights party at the Sumidagawa river. Getting to that place was a bit difficult because I had to change trains three times! When I arrived there and walked to the meeting place, I shot this picture of a few highways coming together – amazing!

The party was bigger than expected and I think there were at least 200 people with more Japanese than German. You could hear a mixture of English, German and Japanese. While I had some difficulties at first, I talked to a few people from Southern Germany, a Japanese woman who gave me a few tips about what to see in Kyoto, an American who does voice acting and is thinking about switching to Linux and a few other people.

Unfortunately it was much too late to get decent shots without a tripod.