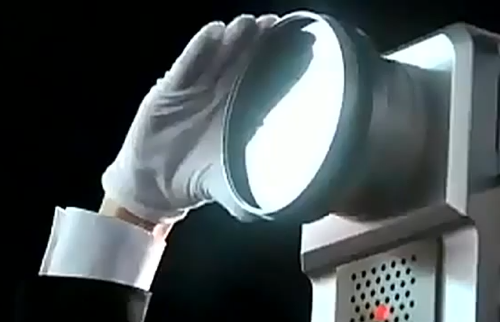 I have been to over seventy movie meetups and I saw at least twenty movies on my own here in Japan. So I probably saw around 100 movies in Nippon and one hundred times the “No More! Movie thieves!” trailer. It always puzzles me why they try to educate the people who actually paid to see a movie. It’s even worse on DVDs, where you can’t skip those clips. Sure DVD owners could rip the movie and start distributing it, but by the time a DVD comes out, the film has been leaked anyway from sources inside the industry.

The “NO MORE 映画泥棒” clip features a guy with a camera instead of a head. Why someone would use a video camera to record a movie inside a cinema is beyond me – high quality versions are already on the web. The new version also warns against uploading movies.

If you watch movies in Japan, you will see this guy a lot of times! There are lots of attempts to recreate the clip, but most of the ones I watched were crap. This one is actually ok: