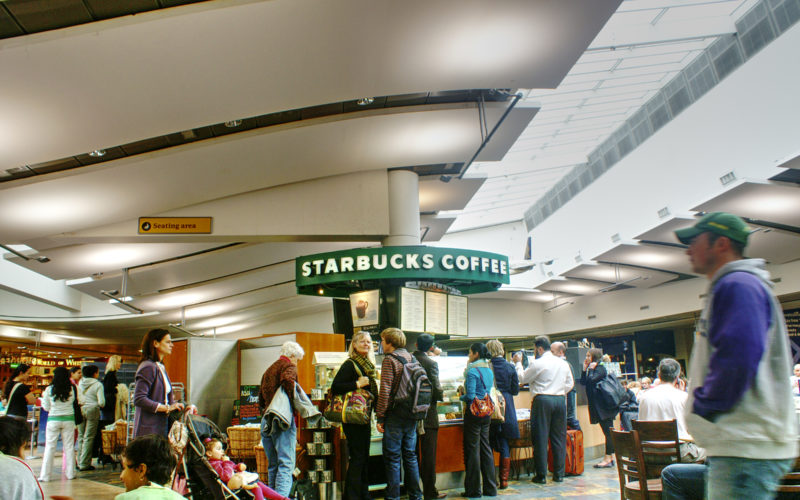 When I arrived in Germany early July, my return to Japan seemed so long away. But time goes so fast, especially when you’re actually doing something instead of just counting pedastrians and after visiting half a dozen cities (Bremen, Emden, Kassel, Magdeburg, Speyer, Wismar) it was time to return to a very big one once again, Tokyo.

I wasn’t finished with work however and since the Taxi was ordered for around 5:30 am, I tried to work through the night but failed. Still, the article was finished and I packed in the last things (like my notebook). Breakfast was short and of course sentimental with me planning to be away for almost a year. The taxi driver rang a bit earlier than expected so the good-byes were cut short – I’m not even sure if I finished my cup of cocoa.
Since it was so early, there was not much traffic on the street and the taxi swiftly arrived at Terminal 1 for my flight to Heathrow Airport. I quickly checked in my luggage and then waited for a while in front of the security checkpoint.

The flight took little more than an hour and I asked myself if they were still showing strengthened security controls in London. And the answer is: yes they did! At the end of a seemingly endless line people were putting not only their coats and any metal things (clocks, coins etc.) off, but also their shoes! It didn’t matter what type of shoes the passengers were wearing and some walked through the metal detector bare-footed. The people in front of me were surprised and I was surprised too because there was no sign saying that people should set free their deadliest weapon (smelly feets).

It turned out that they shouldn’t. Looking not very happy with all these shoe-less passengers, they announced: “Please don’t take your shoes off!” But take off your coat – reeeeaaal slow.

One thought on “You can leave your shoes on”