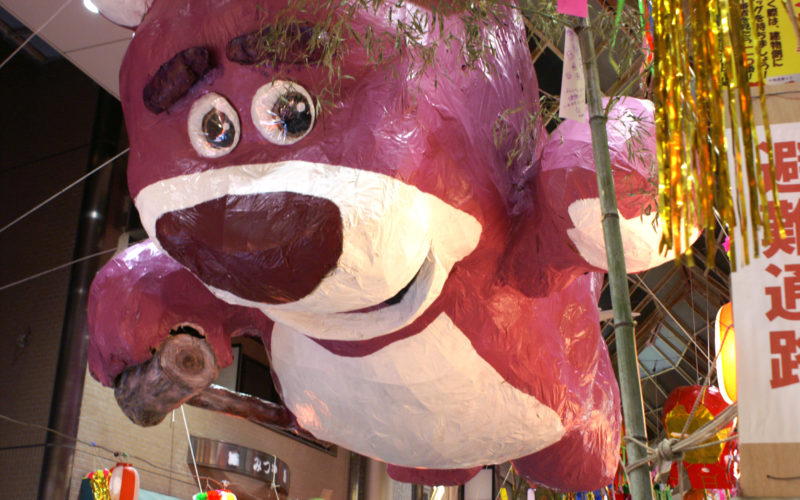 Tanabata (七夕) festivals (star festivals) are usually held in shopping streets such as the one in Asagaya. Colored paper streamers and – in case of the Asagaya one – big papier-mâché figures give ordinary shopping streets a magic look.

Despite most people looking up and not to the left or the right, this is also a festival for the shops alongside the street. I’ve never been to the Asagaya shopping street before, which starts just opposite Asagaya Station’s South Exit.

While the festival starts at 10am, I recommend going in the evening. You get stronger colors in the evening. Most people seem to think the same – as you can see on the photos, it’s crowded, but not too crowded.

Tanabata Matsuri is held in the shopping area near JR Asagaya Station on the Chuo Line.