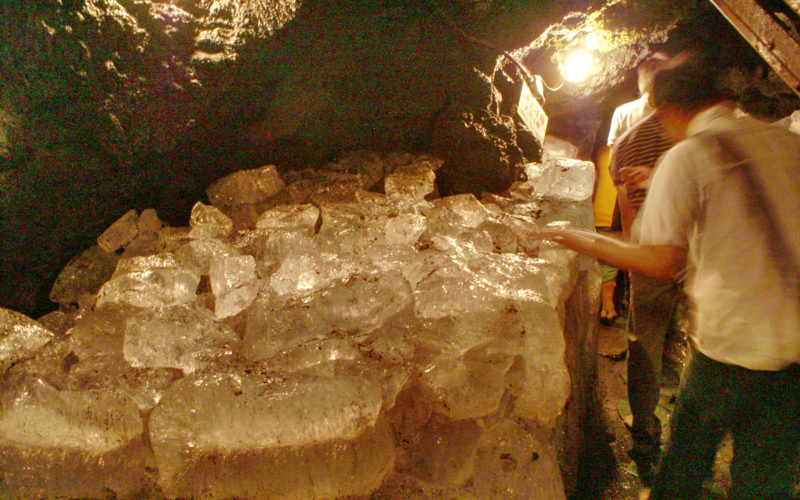 Google making panoramic shots of another city is no big deal (unless that city happens to be in Germany), so occasionally they take Street View off the street. One such project is the Google Art Project which is using the Street View panoramic view to explore museums. Some university campuses are photographed as well and after the March 11 earthquake, Google sent cars to the areas affected by the earthquake and tsunami, to show before/after images.

They also have panoramic shots of two Japanese caves. One is the Okubo Mabu Mine Shaft in Oda City, Shimane prefecture. This is the largest mineshaft ruin in the area, tours are offered from Friday to Sunday.

The other is the Akiyoshi-do Cavern in the Akiyoshi-dai Quasi-National Park. When you visit the large limestone cave, you will only be able to visit one kilometer of what is at least a ten kilometer long cavern. It took 300000 years to form the current cavern. The cavern is located in Yamaguchi prefecture and about 40 minutes from Shin-Yamaguchi Station.

I think projects such as the Art Museum one or the panoramic shots of caves are good PR for Google Street View. There’s also less resistance to such projects: It’s great for tourism, great for Google and great for the people. The cavern and mine look already impressive on photo, I’m looking forward to see them with my own eyes one day. (via Mashable)