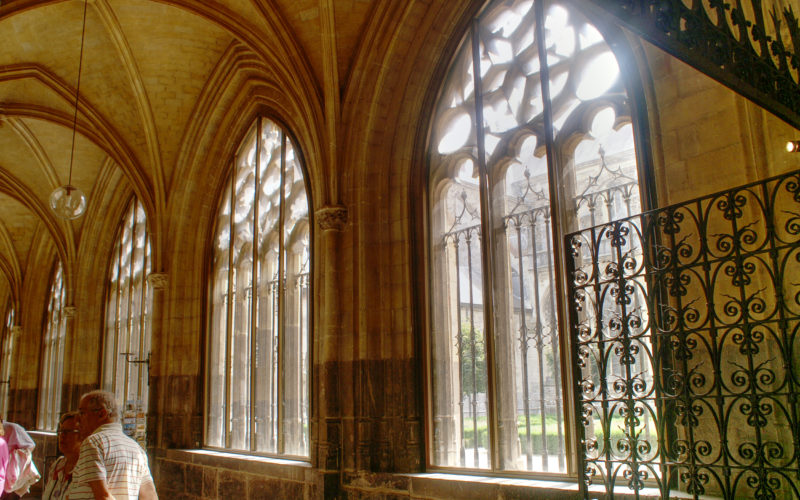 Like Liège, Maastricht can be reached from Aachen with the cheap Euregio ticket. It calls itself the old town of the Netherlands and is without doubt one of the three important cities of the EU (the others are Brussel and Strasburg). The Maastricht Treaty led to the creation of the Euro currency.

Besides many museums (such as the Bonnefantenmuseum) Maastricht’s main sights are the remains of the old town walls scattered around the city. Most of the sights are signed out but of course a map is still useful. Unlike most other cities who will at least have a map of the city area for free, the tourist office in Maastricht charges 1,50 Euro for the cheapest map. Surprising for a city which is certainly not the most popular tourist destination even in the Netherlands.

Another surprise was the restaurant I picked where the waitress didn’t know what a “soft drink” is. Unfortunately my Dutch is only enough to order French Fries, so I spoke English. I probably talked to the only Dutch person who’s not well versed in the English language 😉 They probably had to buy the Cola somewhere else too since it took them 15 minutes to bring the drink (there were only a few guests).

One of the last places I visited was a book store situated in a church like building. Impressive.