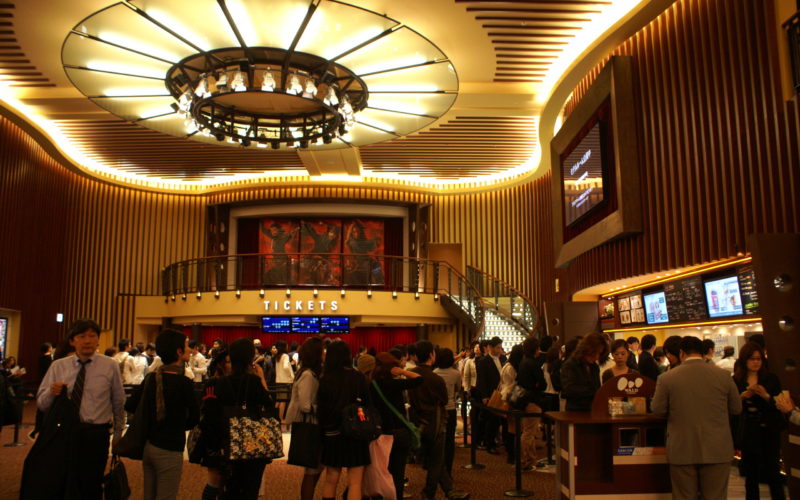 … or the “Citizen Kane” of animation films as one German TV magazine phrased it. Yes, Wall-E has probably been shown in about every country but in Japan they decided to premier in December. I doubt that it has something to do with dubbing, because there is hardly any language in it.

So how does Wall-E compare to the best Christmas movie ever made (Die Hard, of course)? The title character sure talks less than Bruce Willis did.

Wall-E is a waste compactor who assembles trash, compresses it and then spits out a cube. His only friend is a cockroach and he watches cheesy musical movies in his home. All humans left and are now living on a big starship, occasionally sending out probes to Earth to find out whether it’s habitual again. These probes look like big iPods and are not the only Apple reference – the other is the start-up sound of Wall-E which is the well-known chime of the Macintosh. You could tell who in the theatre was part of the Movie Meet-up Group because we were the ones laughing when it played for the first time.

Getting to the Wald-9 cinema in time wasn’t easy. Like I mentioned earlier, Ikuta station is not really around the corner and was crowded. So I barely arrived on time