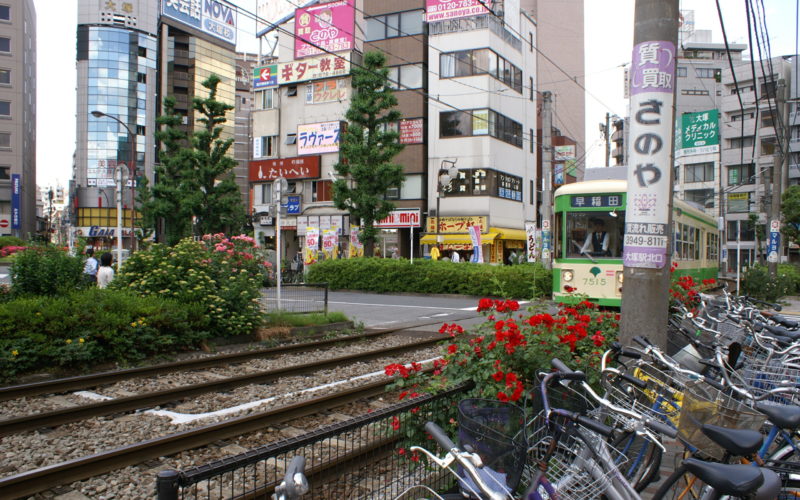 Apparently Naganuma is full of tests but only two will really matter: the part and the unit test. Funnily both are this month which is not usual, as someone told me. Unlike the part test, the unit one is held on two days. So today was the written part of the test and all chairs were grouped in rows so that you couldn’t take a look at your neighbour’s paper. Since I knew that I would be going home temporarily at the end of June, I wasn’t particularly motivated. Nevertheless, I tried my best which wasn’t much in this mixture between a multiple-choice and a written test. Unsurprisingly, knowing the Kanji will get you very few points while formulating answers in Japanese (and using the right grammar) will get you a lot.

Even the most beautiful test is over sometime and I felt like I would like to explore Tokyo a bit more. Therefore I got off the Yamanote at Otsuka and found nothing. Well, except a big supermarket and a nice tram line.