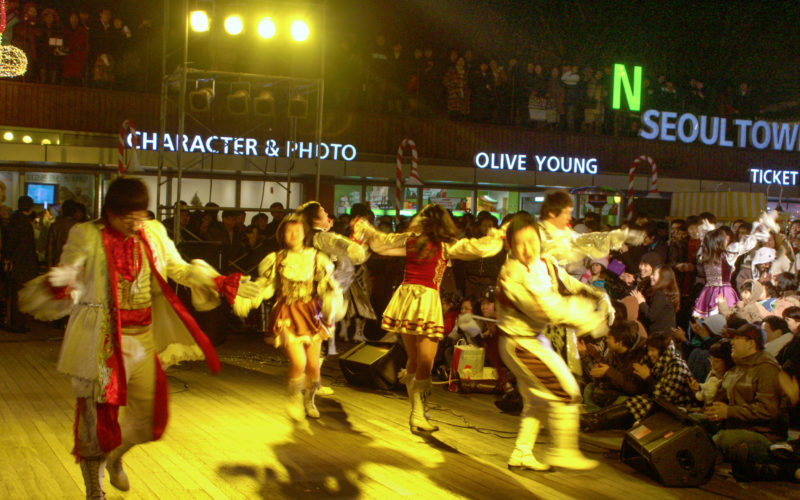 When I left the N Seoul tower, the area in front of the tower was already prepared for the cheer squad consisting of Korean young men and women. It was a very unexpected sight for me. Maybe the performance was for this holiday season? I don’t know. The music consisted of some standard disco beats and some where in between, there was a quiz.

I didn’t get what the quiz was all about. But from the mannerism of the host (in the grey suit) I guess it was a comedy quiz. His assistant held the grand prize: a huge teddy bear! Our brave contestant wasn’t alone however: His girl friend was dragged onto the stage. She wasn’t that happy about and hid her face behind her boy friend’s back.

In the end, I had no idea where the cheerleaders came from or what the quiz was all about. It was just another event that I stumbled upon because I was there at the right time. 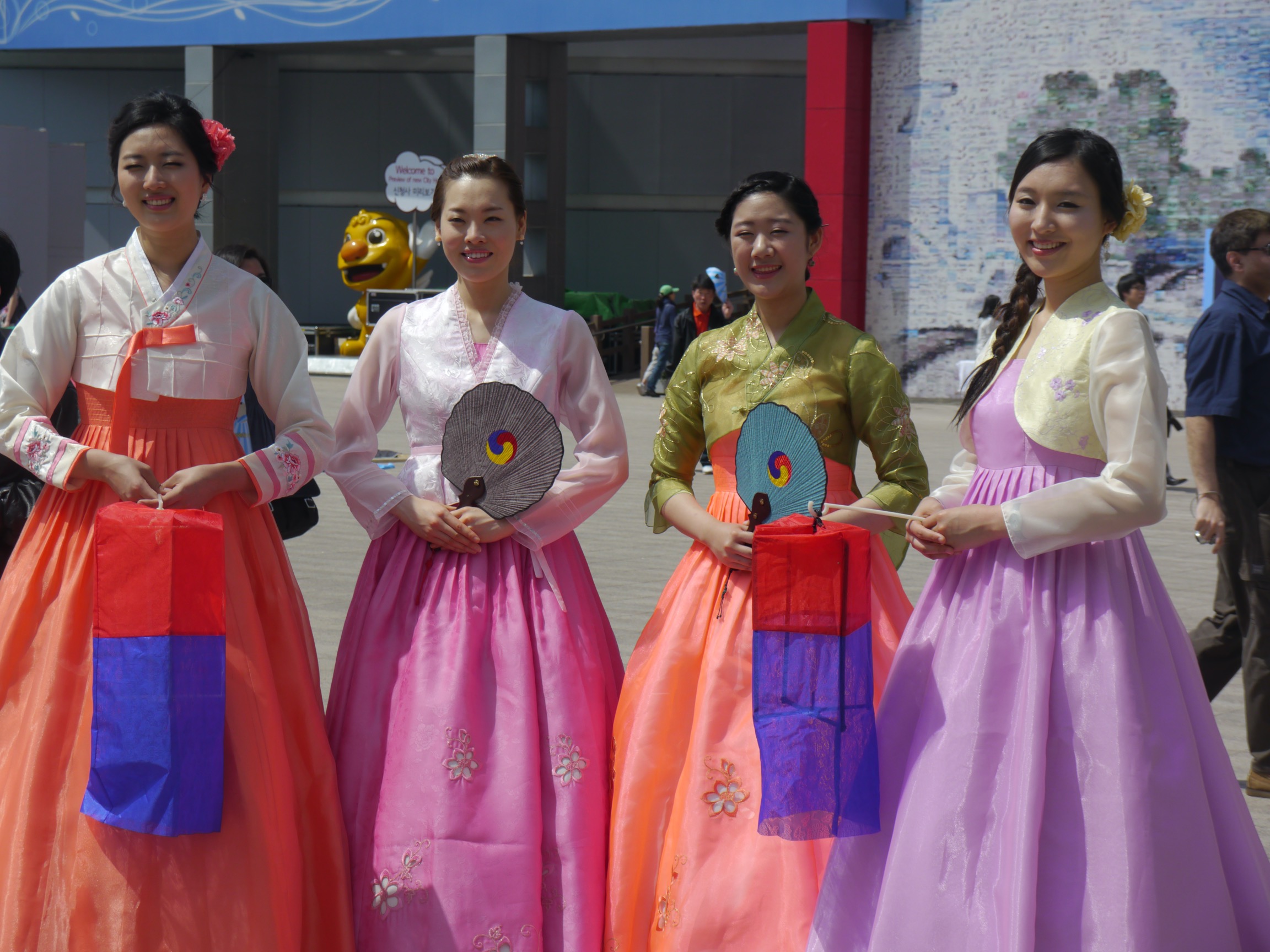 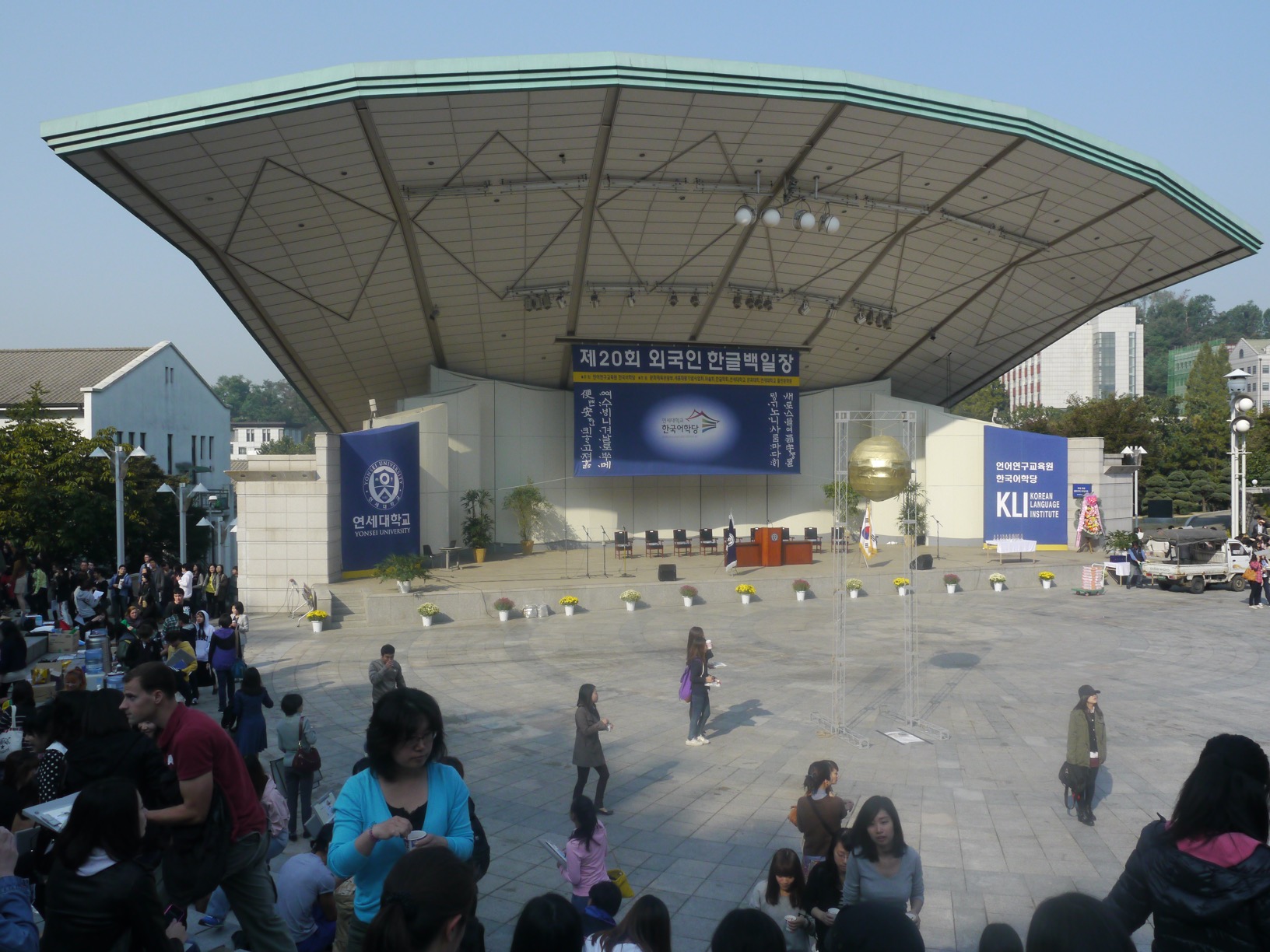 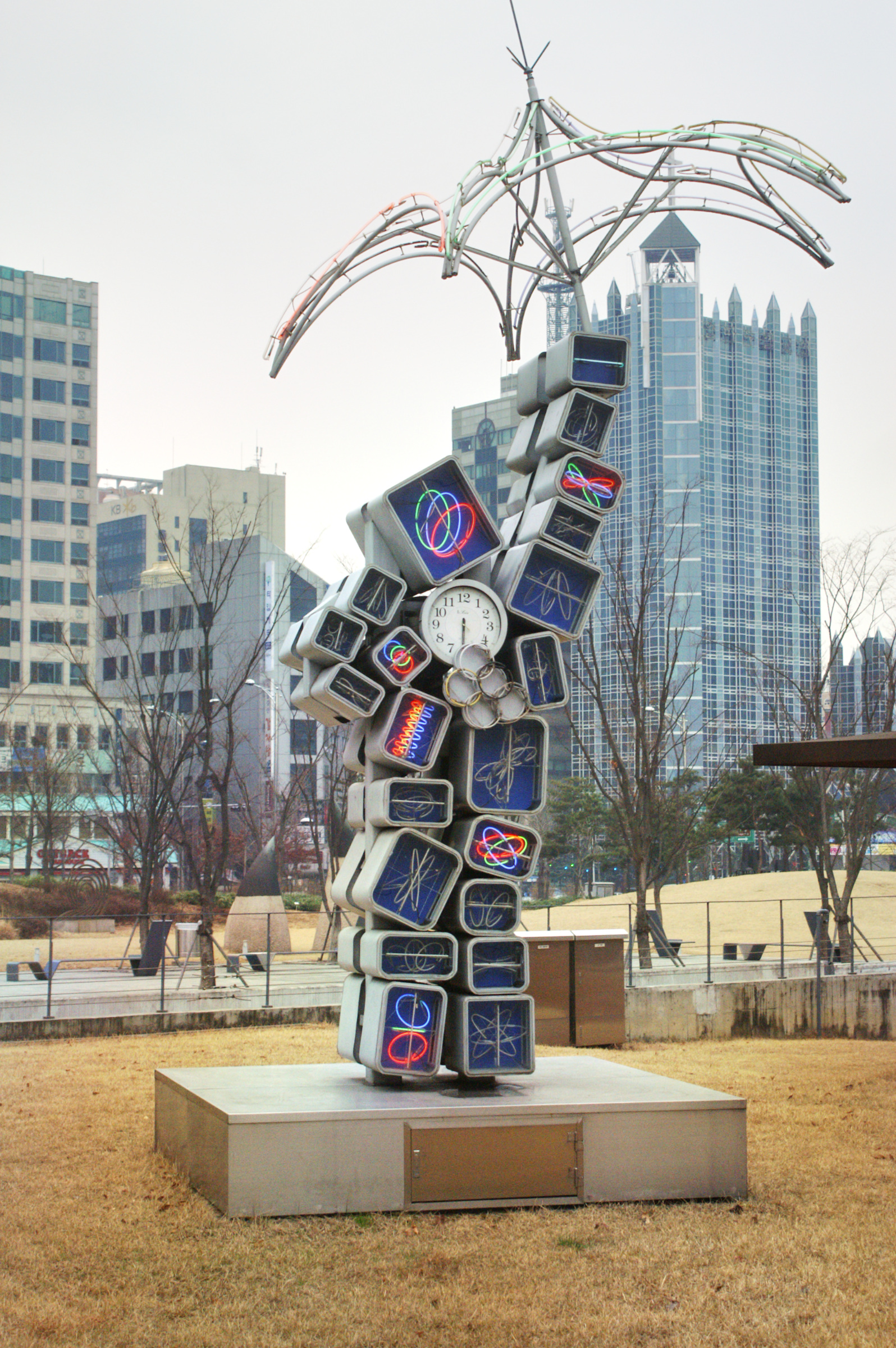