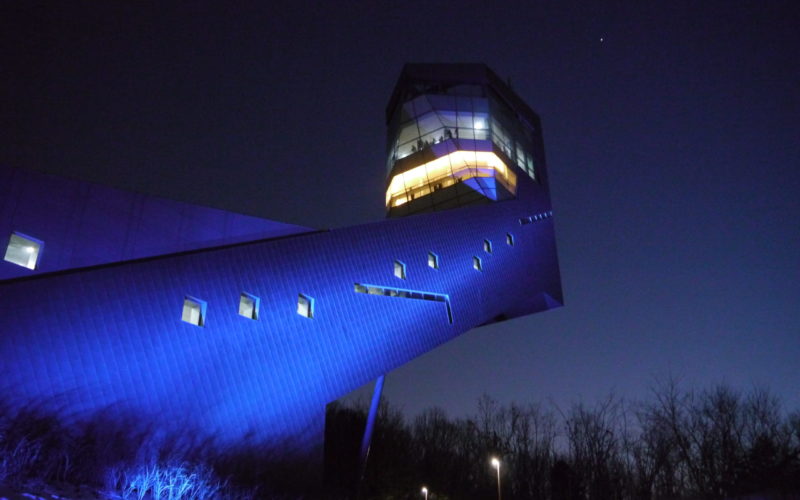 Seoul is not a green city, even when compared to Tokyo which actually offers many more parks (that often serve as evacuation areas too). Seoul Dream Forest is one of the big parks of Seoul and one of the locations of popular Korean drama Iris.

Unsurprisingly, there is not much to see during Winter. The park didn’t feel very big to me, it is the smallest among the four big ones. There is not much greenery in the main part of the park which includes a pond, the Design Seoul Gallery and the Cultural Plaza.

More than the other park, Dream Forest is an event site. It’s not the forest that provides fascinating views, but the Wolyeongji (Moon Reflecting Pond), an artificial waterfall and the “jumping fountain” of Cultural Plaza. The event site is surrounded by green forest however.

The observation deck was one of the filming location for the spy drama IRIS. I liked the first half of the drama, while the second half was pretty much rubbish. Bad acting, huge plot holes and overuse of music – including a horrible Big Bang track that didn’t fit the mood of the series – ruined it for me. The other locations of the drama are described in Korean and English.

The shape of the observation deck is interesting. At 139m altitude it doesn’t offer the best overview of Seoul, but entrance was free, at least when I visited it.