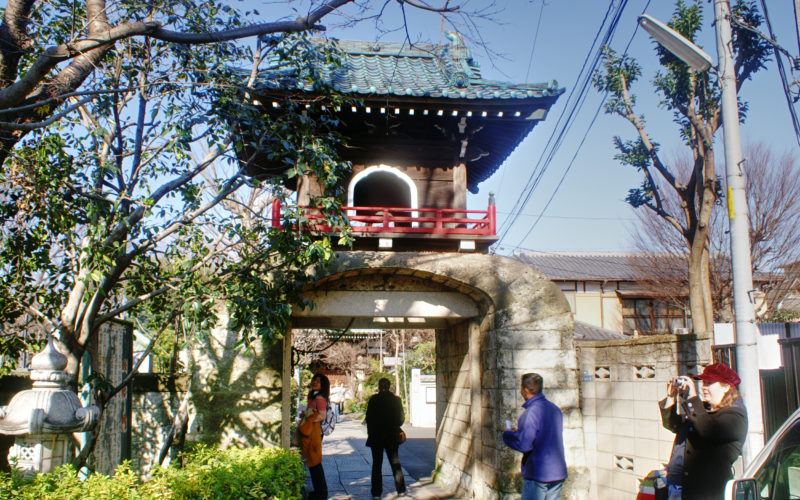 One of the interesting new meet-up groups is the water walk meet-up. It follows the places presented in the book “Water Walks: In the Suburbs of Tokyo”. That’s the reason why I joined: To see some places I would usually not visit.

We started at Oji station and I already new four people from previous meet-up and one called me by my Mixi nickname. As with many places in Tokyo, you wouldn’t think that there is something that qualifies as a park nearby when you exit the station. First we walked into the wrong direction which led us to this temple which wasn’t on the list:

So we had to walk to the station and then walk the other way, reaching an almost dried-out river and later some other temples. After that we went to a tall building with a free observation deck, getting a view of Tokyo.