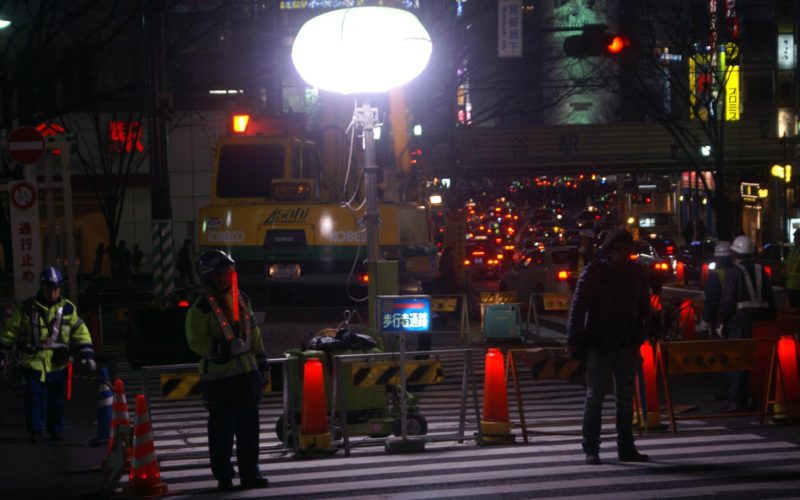 It’s perfectly safe to take a nice stroll at 3 in the morning in Tokyo – for the most part anyway, since I’m pretty sure that one could find some horror stories about what happens at night in Japan, such as “50 year old man forced by dog to wear sailor fuku”. Still, I never had any problems at night. The convenience store plays a role in Japan’s safety – if you are chased by a pervert dog, you can still flee into the next 7/11 or Lawsons and smack him over the head with one of those heavy manga magazines.

There’s a whole industry that lives off people who are still around at night, stranded or not. Donkihot is open until 5am, some movie theatres have late-night showings and then there is karaoke, arcades and more. Of course, taxi drivers too benefit from people not being able to go home. It’s different in Hamburg for example, where the subway runs 24h on weekends and there is a network of night buses covering most parts of the city.

But when you take a walk outside, you will not only see drunken business men. You will also see construction workers. Why?While there are cases where construction work is going on during day time, I have noticed that they seem to try doing it at night if possible. A few men carry those blinking sticks which remind me of Star Wars’ light swords, directing the traffic. In addition, there are blinking cones, giving the construction site the appearance of a pachinko parlor although without the noise.

When I came back the next day, the construction site was gone – only to reappear the next night. I don’t know for how long it was going on but for work which doesn’t require weeks, they seem to prefer night shifts. In other countries it would be impossible either due to laws prohibiting it or the high costs of night shifts. They probably do it because there is less traffic at night, making it more convenient for car drivers.

Then again, driving a car in Tokyo and trying to get to work during rush hour can be a nightmare even without any construction site. 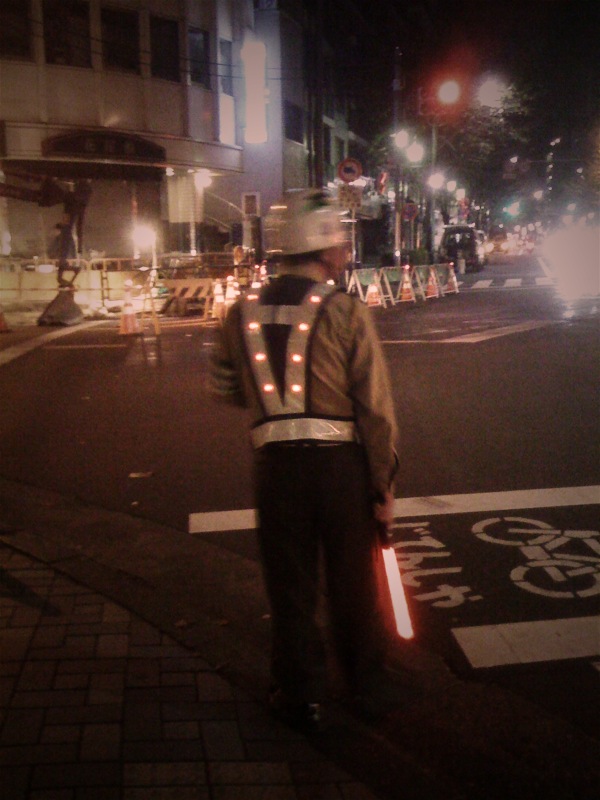 Night walk in Nakano and Don Quijote at 2am 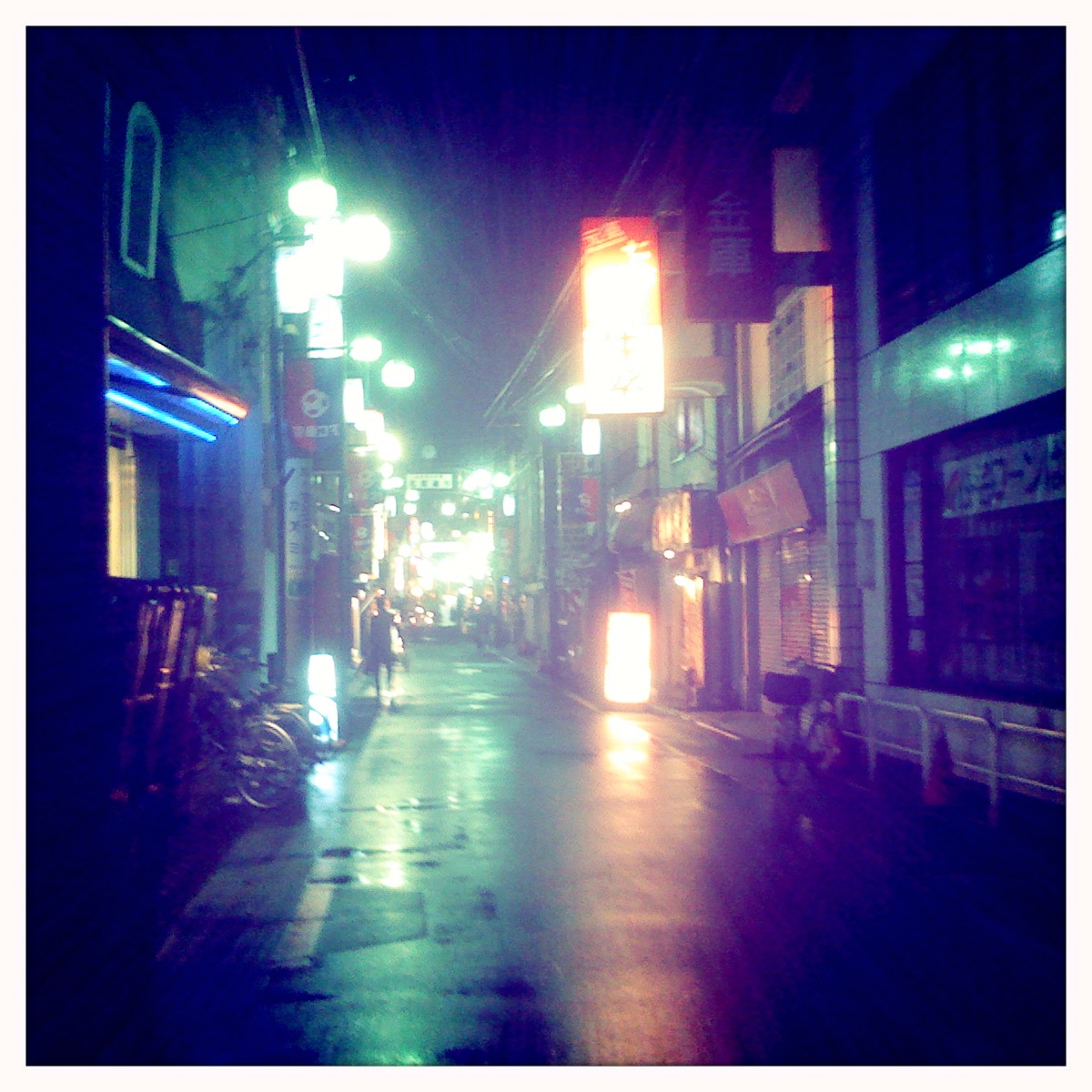 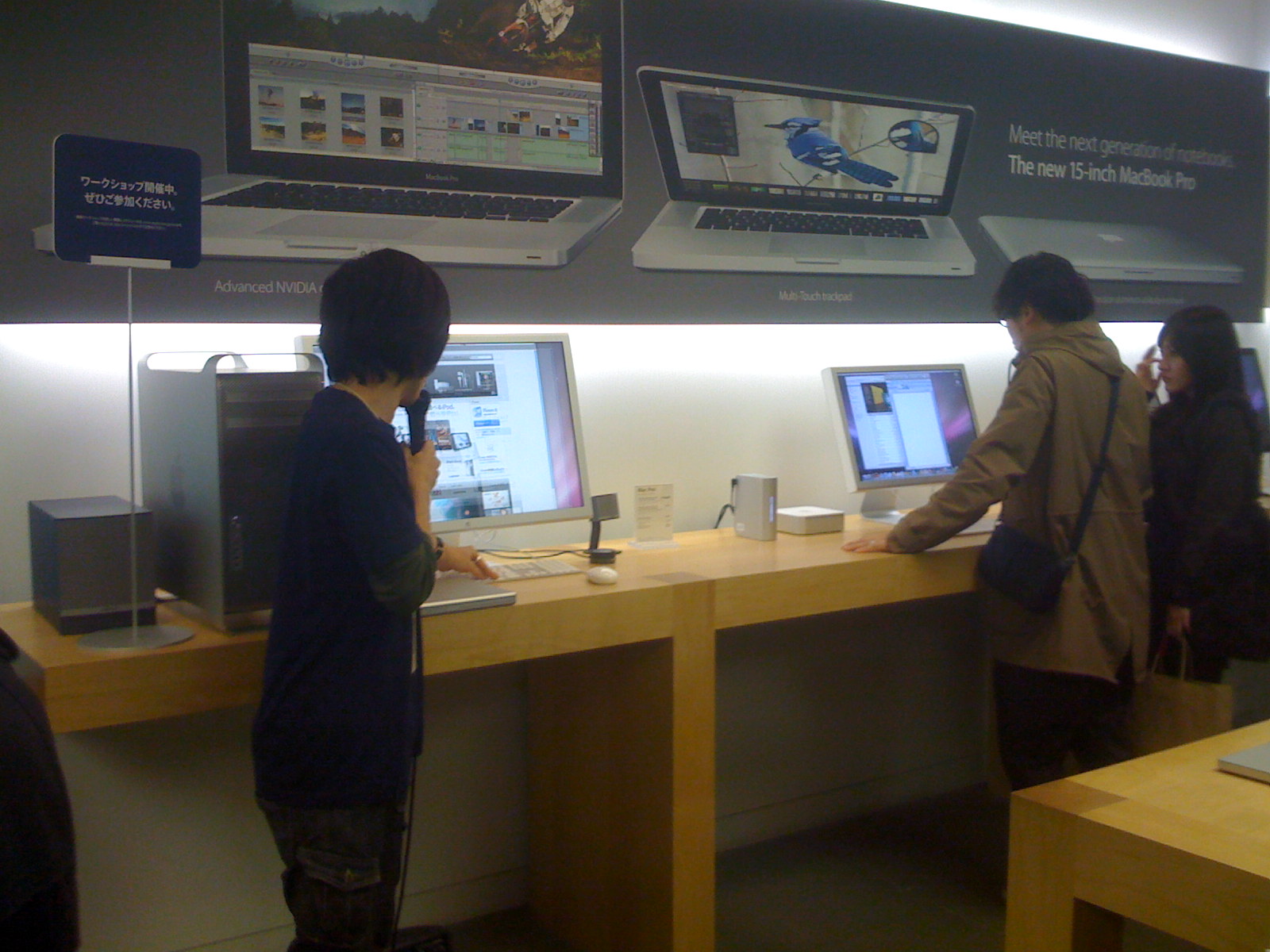